Clarinetist Dušan Sodja and pianist Tatjana Kaučič gave their first concert as Duo Claripiano in 1994. Since then, love has united them not only in music but also in life. On their path,they have been accompanied by many excellent chamber music mentors: bassoonist Božidar Tumpej, composer Ivo Petrić and pianist Anthony Spiri, with whom they were postgraduate students in chamber music class at the Cologne University of Music. Both musicians are graduates of the Ljubljana Academy of Music and gained their Master’s degrees at the Salzburg Mozarteum (with pianist Brigitte Engelhard and clarinetist Alois Brandhofer). Their professional journey has taken them to many locations including Los Angeles, Stockholm, Edinburgh, Madrid, Salzburg, Leipzig, Prague, Ljubljana, Belgrade, Armenia and China. Among their most important guest appearances are those at the Fringe Festival, the Carinthischer Sommer Festival, the Ljubljana Festival, the Academy of Chamber Music in Montepulciano, the International Music Festival in Yerevan and China Tour in 2019. Both musicians are members of the Slovenian Philharmonic.

Their love for the 19th century romanticism has led them to collaboration with the Mendelssohn House and the Edward Grieg Association in Leipzig, where they performed in March 2011. Slovenian composers call Tatjana and Dušan “ambassadors of Slovenian music” as they include contemporary Slovenian compositions in every programme. Duo Claripiano have presented works by Slovenian composers at the ClarinetFest International Clarinet Conferences in Los Angeles, Assisi and Madrid. In 2016 they performed in Mainz at the invitation of the German Clarinet Association.

The year 2016 was dedicated to the compositions of distinguished Slovene composers (A.Makor, J.Golob, T.Habe, A.Misson, P.Savli, K.Pustinek, H.Vidic, T.Vulc) who created concert pieces following Slovenian folk motifs. In cooperation with the First Programme of the Radio Slovenia and the Publishing House of the ZKP RTV Slovenia, in August 2017, the fifth joint CD “V objemu dvojine” (Dual Embrace) came out, and a notes collection was published by the editions of the Society of Slovene Composers. In 2018 they premiered the new Concerto for Clarinet, Piano and Strings “Claripiano” by Jani Golob (cond. Johannes Wildner, Orchestra of the National Opera Maribor) and Christmas Cantate for Clarinet, Piano and Mixed Choir by Andrej Makor (cond. Helena Fojkar Zupančič, St. Nicolas Choir). In May 2019 Concerto “TaDu” for Clarinet, Piano and Wind Orchestra by Tomaž Habe was premiered with the Slovenian Police Wind Orchestra (cond. Nejc Bečan). They toured through China five prvovinces in summer 2019.
Dušan Sodja has been performing on clarinets made by https://www.schwenk-und-seggelke.de from Bamberg (Germany) and is a D’Addario artist. 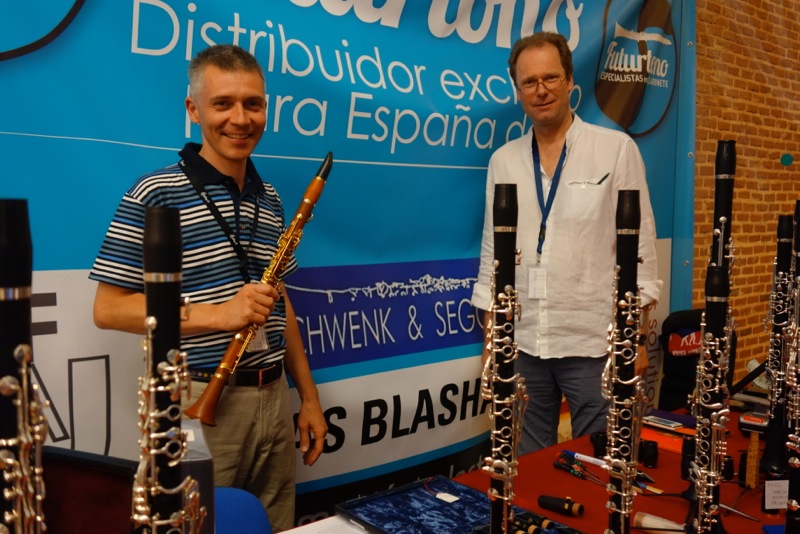 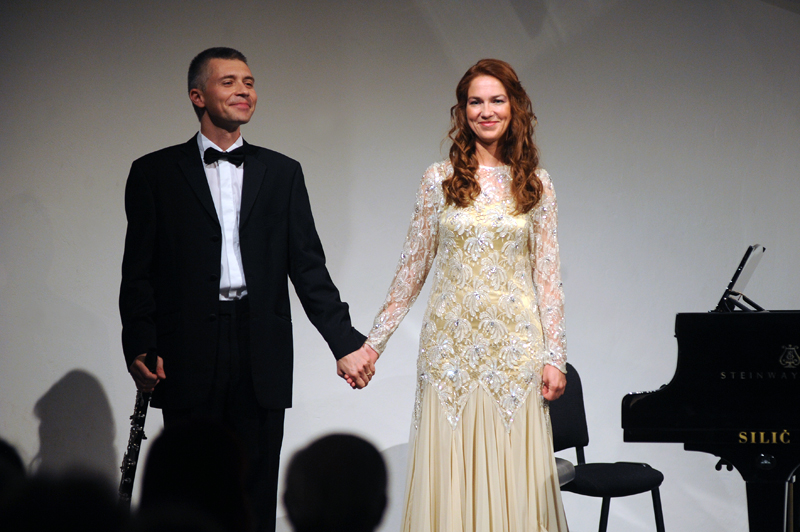